Homeowners willing to embrace energy-efficient windows and doors…if the price is right. Ask a half-dozen window and door manufacturers what defines a green product and you’re likely to receive as many different answers. What they all seem to agree on, however, is that residential customers— while increasingly open to green, and specifically energy-efficient, designs— are sensitive to cost increases unaccompanied by perceived value. 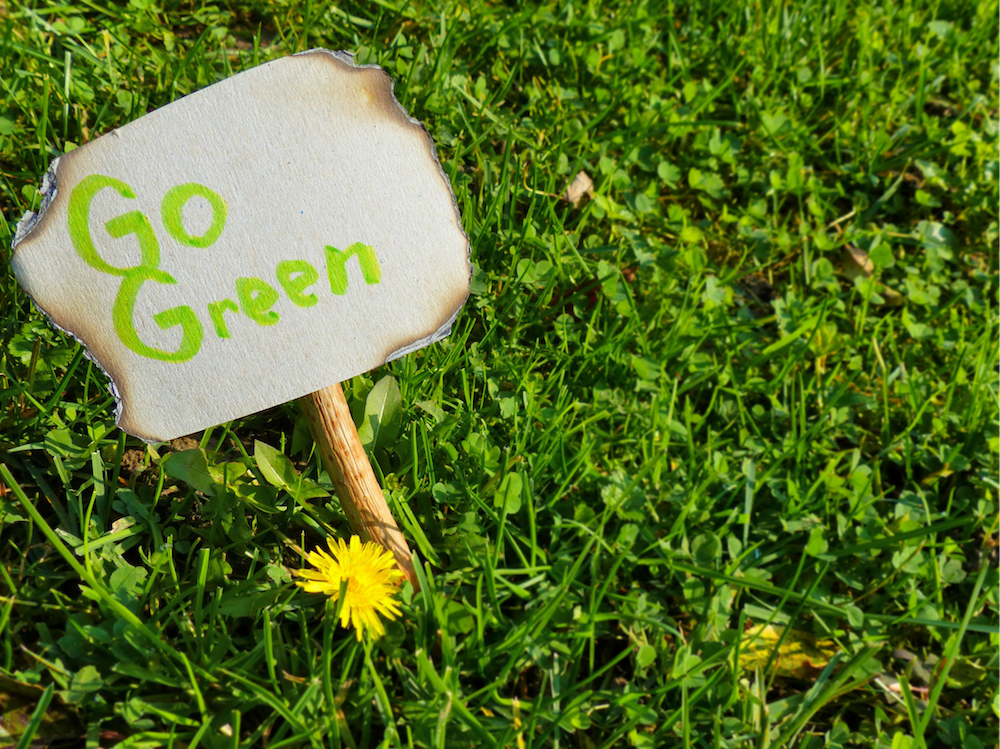 The EPA’s Energy Star program is seen as a huge boon to the drive for greater acceptance of greener fenestration in the residential market—but one that has had the effect of focusing homeowners’ attention on energy efficiency rather than other green issues such as recyclability or sustainable manufacturing. “What we see as a primary driver [for adoption of green fenestration products] is the Energy Star program,” says Chris Pickering, vice president of marketing at Ply Gem Windows, Cary, N.C. “It has exceptionally high consumer brand recognition. And both manufacturers and builders are using that as one method by which they can communicate the sustainability or the ‘green’ aspect of their products and/or projects.”

With more than 80 percent of windows sold today Energy Star-certified, few would deny the success of Energy Star in promoting energy efficiency. This year, the program added a new “gold standard” for energy efficiency in residential windows: its “most efficient” designation (residential doors and skylights are excluded). And consumers’ response? “They’re not looking for the Energy Star ‘most efficient’—if they’re even aware of it,” says Bob Maynes, director of marketing and international sales at Mathews Brothers Co., Belfast, Maine. “Our customers tend to have that comfort level with Energy Star-qualified product, as opposed to acquiring the additional expense of its ‘most efficient.’”

Tyson Schwartz, vice president of sales and marketing at Soft-Lite Windows, Streetsboro, Ohio, concurs. “That most-efficient Energy Star category is starting to gain a little bit of traction. But the challenge is—while people like it and they like to hear about it—if they have to pay more, they’re just not receptive to it yet.” “You have to make sure that they do get a return—that the [cost of] that product doesn’t outweigh how much will be returned in true energy savings,” says Elizabeth Souders, director of product marketing at Jeld-Wen, Klamath Falls, Ore.

Other manufacturers, and their customers, are apparently less concerned with the payback period. “People don’t talk like they used to about payback,” says Terry Rex, vice president of sales and marketing for B.F. Rich Windows & Doors, Newark, Del. “I haven’t had payback questions in three or four years.”

B.F. Rich sells an optional Green Shield package on three-quarters of its product lines, consisting of six upgrades—among them heatcontrol Ag3 soft-coat low-E insulating glass, antimicrobial treated weather seals and self-cleaning glass. According to Rex, 50 percent of his customers in those product lines opt for the green upgrades. “Everybody out there is peddling Energy Star-compliant windows. The step-up is from a baseline Energy Star-compliant window—that’s really the starting point. Frankly,” he adds, “Energy Star guidelines are about to become insignificant because you’re going to have energy codes that are more stringent than Energy Star.”

Other Drivers of Green Demand

The company created its Auralast line of rot-resistant wood windows specifically in response to customer demand for durability, she says. However, since that material is now standard on all of its wood windows, it is difficult to determine the extent to which that feature is driving demand. Additional green attributes—recycled content, end-of-life recyclability, a material’s lifecycle considerations—appear to take a back seat to energy concerns for residential customers looking to invest in new windows.

“Energy efficiency is still the main characteristic of a green window or door in the eyes of the consumer,” says Lance Premeau, product and market manager for Kolbe Windows & Doors, Wausau, Wis. “[While] recycled content appears to be growing in popularity due to the credit within LEED, [it] only comes up when a project is pursuing LEED certification.”

Premeau added that other green options such as Forest Stewardship Council (FSC)-certified wood are being requested almost exclusively for new-construction, commercial projects. And even then, “if budget becomes a concern, it can also be one of the first items to be retracted from a specification. Until the price for FSC-certified wood is the same as non-certified, that may be an ongoing issue.”

All of the executives confirm that their companies engage in practices designed to minimize their operations’ carbon footprint—not only to save raw material and curb emissions, but as a measure of good business sense. “We’re recycling PVC, glass, water, sawdust….not because we’re green, but because we’re frugal Yankees,” says Mathews Brothers’ Maynes. “We don’t like to throw things away. We like to use up what we can. And what we can’t use, we see if we can sell it.”

“Our builder customers, our channel partners expect us to engage in sustainable practices in our operations,” reports Ply Gem’s Pickering. “When we bring folks through our plants and we talk about our company culture and practices, that is always part of the conversation.”

Whether that influences customers’ purchasing decisions is another matter, however. “I don’t think it’s something where they say, ‘Hey, if Company A recycles 90 percent of its glass and Company B recycles 95 percent, we’re willing to pay more for [Company B’s product] because there’s more recycling going on,’” Pickering notes. 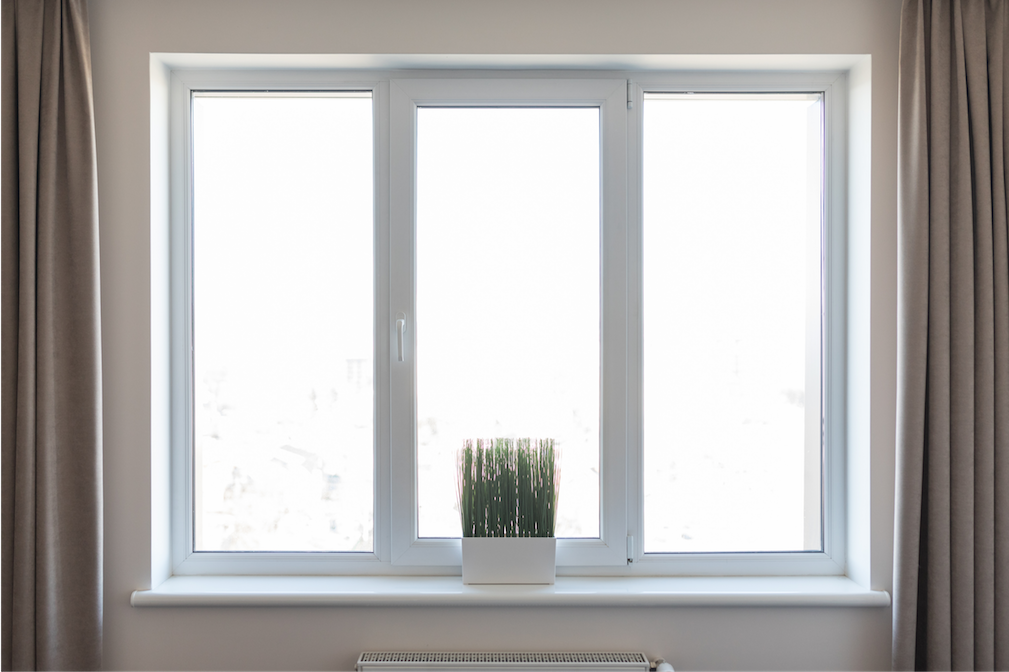 When asked whether vinyl’s image among some industry observers as less than green is a concern going forward, manufacturers—all of which use vinyl to one degree or another—categorically reject the question’s underlying assumption. “We consider vinyl to be a green technology,” says Soft-Lite’s Schwartz. “It costs less to manufacture, and the products are very energy-efficient.” Where the industry might have fallen short is in its recycling of the material, but it is quickly making headway in that regard, he adds. “We do a much better job of recycling our vinyl than we did five years ago,” Schwartz says.

A lifecycle analysis of vinyl reveals it as a “very, very smart choice,” Pickering says. “If you have a wood window, you’ve got to maintain it, which includes painting it probably every three to five years over its lifetime. So if you think of the lifetime of the window as 25-40 years, you’re talking about five or six cycles of having to take a VOC-heavy paint and painting all the windows…as opposed to vinyl, which you can clean with some mild dish soap once a year.”

From: Window and Door

A MESSAGE FROM PAUL'S WINDOWS

Many industries and customers continue to feel the effects of the ongoing global supply chain crisis. These market conditions have resulted in longer lead times, and we apologize for any frustration and inconvenience caused to our customers. We will continue to monitor and provide updates, but for now, the current lead times for our manufacturers are as follows:

Thank you for your patience and understanding during these challenging times.